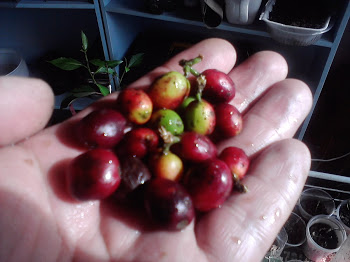 In a recent post “Manufacturing Of Cocaine: Then And Now” I offered readers a look at some of the rather elegant lab methods developed by early synthesizers of Cocaine and compared those methods to the crude and toxic methods used by today’s drug cartels.

I’ve received several emails asking me to offer information on how early doctors created extracts of pure, natural Coca Leaf for their patients, so here is a brief section from my E-Book “The Coca Leaf Papers”.

(Excerpted from) “Erythroxylon Coca: A Treatise On Brain Exhaustion As The Cause Of Disease”, By William Tibbles, MD (1877)

“The simplest form in which these leaves may be administered is the Infusion of Coca:”

“Take of Coca leaves, bruised, one ounce; boiling water ten fluid ounces. (Editor’s Note – using pure water heated to 180° F at sea level yields a better tea.) Infuse in a covered vessel for one hour, press slightly, strain; there will be obtained a fluid measuring about eight ounces, having an appearance and odour like unto an infusion of ordinary green tea. (Editor’s Second Note: a widely available coffee brewing device called a “French Press” would be ideal for this method.) Slightly alkaline and bitter in taste. Dose, from half to one and a half fluid ounces, each fluid ounce representing one dram of leaves.”

“Take Coca leaves, bruised, or, what is better, in a coarse powder, eight ounces, water a sufficiency. Macerate the coca in two pints of water, at a temperature of 120° F., for a period of two hours. Pack in a conical percolator, and exhaust with water at a temperature of 100° F. Evaporate by water bath, at a temperature not exceeding 140° F., to the required consistence. This extract is brownish in colour, and bitter in taste. Dose, ten to twenty-five grains.”

“Crush Coca into a moderately coarse powder; alcohol, 56 over proof, a sufficiency. Moisten the powder with alcohol; pack in a conical percolator. Add more alcohol and continue the percolation until the powder is exhausted. Evaporate the resulting percolate, by means of a water bath at a temperature not exceeding 140° F., until of a proper consistence for forming pills. This is much superior to the aqueous extract, possessing the characteristic taste and odour of coca-leaves in a high degree. It is of a green colour, resinous or waxy in character, due to the presence of coca-wax. Dose, five to fifteen grains in the form of pills. (Editor’s Note – See Mariani’s lozenges – with the addition of flavorings such as mint or licorice, this is how they were produced.)”

“Take Coca leaves, in coarse powder, five ounces; on which pour two ounces of hot water, then add fifteen ounces (by weight) of glycerin. Macerate, in a warm place, for a period of thirty days. At the end of that time press out the fluid portion, using a screw press, strain the resulting fluid product and set aside. Remove the residue from the press, and pour on it about twenty-four ounces of water at a temperature of 150° F., at which temperature let it be kept for a period of two hours; strain, evaporate to such a product that the quantity when added to the glycerin fluid shall measure fifteen fluid ounces. This is a very pleasant and efficient preparation of Erythroxylon coca and is generally admissable in all cases. Dose, one to three drams.”

“Coca leaves, bruised or in coarse powder, four ounces; proof spirit, one pint. Moisten the leaves, pack in a percolator, and percolate twenty ounces. Dose, four, to six or eight drams. This form is very objectionable, as the amount of alcohol administered in a dose of the tincture will altogether alter the natural effects of the coca-leaf.”

When I was a child I moved around the world with my military family, always traveling by ship in the days before aircraft could cross oceans. I would spend hours on deck writing messages, sealing them with candle wax in bottles I snagged from somewhere on board, and then consigning them to the sea knowing in my heart that they were on their way to someone, somewhere who would read them. Sometime replies arrived at my grandparents’ house years later, and they would forward them to me wherever I was living. From these contacts I developed pen-pals who I stayed in touch with for many years. I was fortunate to develop, very early in my life, a sense of the network that invisibly but seamlessly connects us all.

Stories Of The Discovery & Cultivation Of Coca

Is This Why Millions Of Smokers Die Preventable Deaths Every Year?