The Trumpmeister certainly seems obsessed by the idea of “The Wall”. But his imagination is, to say the least, a bit limited and so is the imagination of all the parasites who want to build it for him. In a recent competition, various companies were paid millions to come up with designs for “The Wall”, and predictably they were all variations on the “Barrier” theme. As if that concept has ever worked. But as noted – no imagination here, just dumb greed. 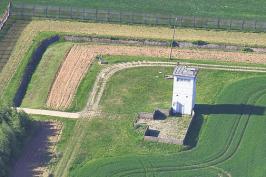 The East Germans tried it. Hundreds of miles of electrified, barbed-wire fences with vast stretches of mined open ground on either side and guard towers manned 24/7 by killers with heavy weapons. Tens of thousands of men, women and children were blown up by the mines, shot dead by the guards, or torn apart by the dogs before they even got to the fence. Still, many made it across – to “Freedom” in the West. As a little boy I lived a few kilometers from that Wall, and sometimes in the night I would hear a “crump” in the distance, and I knew that someone trying to escape had just died stepping on a mine. But they kept coming, and over time things changed, and now the wall is gone.

French Engineering At Its Best

The French tried it. They built an impregnable “Maginot Line” of linked pillboxes, artillery, machine guns, minefields and searchlights to keep the Germans from invading. It stretched from the sea in the East to the impenetrable Ardennes Forest in the West. Mon Dieu! One foggy morning several Panzer divisions simply plowed through the “impenetrable forest”, flanked the Maginot Line, and rolled on into Paris. Vive la France! 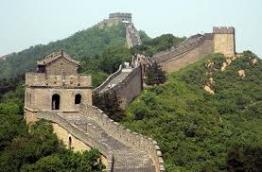 That’ll Stop Those Mongol Hoards In Their Tracks!

The Chinese tried it. The “Great Wall of China was built all across their northern frontier to keep out the deadly Mongols, and it worked! No Mongol invasion. They were safe for centuries – but then along came the British in their warships. From the South. No Great Wall. No problem for the Brits. China fell, and the Brits used to go on holidays to see the wall and snicker.

So, the evidence says that barriers along borders don’t work. They will be defeated by those they are intended to keep out, or by others who turn out to be a greater danger than those the wall was built to defeat.

I do, however, have a suggestion for Trump and all the fools who think that a 2000 mile long wall will keep out Mexicans, Guatemalans, Hondurans, Salvadorans, Columbians and – oh yes – drug cartels and terrorists.

Now imagine that you build 1 completely self-sufficient village every mile, with 50 houses in each village. Let’s figure $300,000 per house, or $15 Million per village. For that $300,000 you build a very nice modular house – not some foul FEMA trailer, but a genuinely nice house – that is self-sufficient in terms of solar electricity, water, communications, and plenty of amenities. The water might come from groundwater, or catchments, or even the Rio Grande depending on location. All power would be provided by solar. Communications would be through satellite with ground station backup where needed. My guess is that since 35,000 homes would be needed that at $300,000 per-home the amenities that the modular home providers could install would be pretty nice.

You could also install a nice high-tech food-producing facility in each village whether it was a hydroponic garden, greenhouses, conventional gardens, or whatever solution fits best in each location. These villages would all be extremely remote from the rest of the country, but not from each other – remember, they are only a mile apart. Still, they would have to be 100% self-sufficient, but since each village would have two other villages only a mile away, so in the end residents wouldn’t be all that isolated.

Then every 20 miles or so you could have a fully-equipped clinic with a med-evac helicopter permanently stationed there for emergencies, with each village in the 20 mile stretch contributing $1 Million of it’s remaining $ 19 million to build and maintain the clinic facility. That leaves each village $18 million. Let’s staff that clinic with doctors who volunteer to spend a year or so in each clinic after completing their residency, using the same model that brings fresh new doctors to remote Native American communities in return for scholarships while they are in medical school. And let’s set aside a couple of million per village to fund all the costs of running the clinic – 20 villages @ $2 million per village and you have an operating reserve of $40 Million per clinic, and a remaining reserve of $16 million per village.

Now, how about work? Easy. Every adult in the village would receive a stipend of $50,000 per year, just for living in the village. Let’s say 2 adults per household @ 50 households = $5 Million per year.  That leaves a reserve of $11 Million per village. The primary mission of each village would be to patrol the ½ mile on either side of the village to make sure that bad guys like drug mules and human traffickers didn’t cross the line. With 50 families per village, putting together a force of deputized men and women to serve wouldn’t be a problem, especially if some of the $11 Million left over from the $35 Million per village budget went to the adults who served on patrol with an extra $50,000 per year. Let’s allocate $2 Million to that function. These deputized villagers could be backed up by a rapid-response force of professionals who could be there in minutes by fast helicopter if someone like the drug cartels tried to penetrate the border by armed force. Now the village has $9 Million in its reserve. 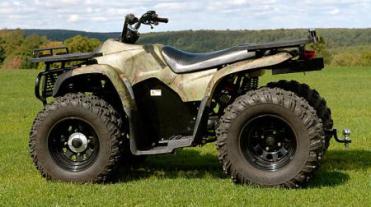 Each village could also have a marketplace where people sell what they grow or make, just like every remote village in the world, but the difference would be that all the villages could be served with Drones by Amazon from a couple of Amazon warehouse locations along the 700 mile stretch. With an income of between $50,000 per adult per year just for living there, and an extra $50,000 per year if you were on patrol duty, and with zero living expenses, it isn’t hard to imagine that live would be pretty sweet, even if a bit remote. But don’t forget – two other villages with hundreds of people living there would always be within 15 minutes or so walking distance. And I imagine that some pretty nice all-electric ATV’s would show up in each village pretty quickly.

And let’s not forget – after all this has been accomplished, there is still a kitty of about $9 Million per village for things like maintenance.

Now the big question – who would volunteer to move to these villages? You are going to have 700 villages with 50 homes each, or 35,000 homes that will need families to live there at no cost, with all the amenities, and a household income of $50 – $100,000 per adult. And all they have to do besides enjoy life a long way from “civilization” is to monitor the surveillance technology and patrol a half-mile stretch of land on either side of their village. Ya think there would be 35,000 takers? I think the waiting list would run into millions of families.

Oh, and by the way, each village would have to be legally incorporated and have a village council whose statutory authority would include deciding on a case-by-case basis whether anyone intercepted crossing the border was to be turned over for arrest and deportation, simply turned back, or issued a special permit that allowed them to proceed into the US for re-settlement. The legalities would have to be worked out, but that should be do-able, right? Who knows, maybe some of the legitimate immigrants might want to build homes next to the village and become part of the community. The law could make that possible.

Well, I am sure I have missed some details here, but I am presenting this as a plan for a better, more humane and much more productive way of ensuring peace and stability along our border with Mexico than repeating the failed model of trying to build a barrier wall – without even any minefields or homicidal guards in towers.

I mean – is that what does our “Genius” president wants to buy? Really? A Barrier Wall? There has to be a better deal for the Great Deal-Maker to come up with. Let’s think about building a wall of humanity.