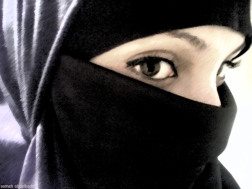 Studies show that 90% of Saudis over age 60 have osteoporosis due to Vitamin D deficiency, in spite of living in one of the world’s sunniest regions. This means that virtually all Saudi women over 60, and most of the men, have this crippling bone disease simply because their body doesn’t get enough sun to make the Vitamin D they need for maintaining natural good health. The reason is simple – women are covered head to toe to protect men from “lustful thoughts”, which of course, also blocks the sun and prevents natural Vitamin D formation. It’s ironic that the same thing happens to many Saudi men – though not, of course, to the elite who only “cover up” when its time for a photo opportunity and otherwise wear Western clothes.

Severe Vitamin D deficiency is not a minor issue, and its effects are not limited to osteoporosis. It is a widespread, very dangerous condition that gives rise to all kinds of crippling, often lethal diseases and conditions. It causes, at any age, impaired immune system function, insulin resistance & diabetes, cancer, multiple sclerosis, hypertension, stroke, heart disease, infant mortality, chronic pain, anxiety and depression, and infertility. The fact that the full-body covering for women demanded by conservative Islam is responsible for the worldwide Vitamin D deficiency in Muslim women is indisputable. See here, and here – just two of many examples.

So, the role of mandatory Islamic dress for women in causing Vitamin D deficiency is well-established. But that is not the topic of this post.

Readers should know that there is another equally insidious, perhaps even more severe health issue caused by the medieval Islamic dress codes for women that has never been discussed in any research that I can find.

Without making any comment on the cultural, religious or moral issues raised by those who oppose women being forced to wear the Burqa by Islamic law, there is another severe health threat created just by those little black full-face masks that women and girls are forced to wear.

Quite plainly, being forced to wear a Burqa chronically exposes Muslim girls and women throughout their lives to highly toxic, potentially crippling and even lethal poison gas.

The mechanism by which this happens should be obvious, even though it seems to never have been studied. Wearing the Burqa traps CO2-laden exhaled breath so that it is continually re-inhaled. A Burqa-wearing woman is never breathing fresh air – she is always re-breathing her own exhaled gasses, heavy with CO2. This increases the level of CO2 and lowers the O2 levels in a woman’s blood all day, every day, to the point that it can endanger her health, quality of life, and longevity, and almost certainly the health of her children.

While the mechanism by which Burqas poison their wearers is obvious, as just pointed out there is not a single piece of medical and scientific research that examines the impact of wearing the Burqa on blood CO2 and O2 levels. Do you find that as odd as I do? Has this research topic simply been overlooked? Or has it been suppressed?

Fortunately, there actually is research on the impact of wearing surgical masks on the blood CO2 and O2 levels of surgeons, and the conclusions are quite straightforward – although, oddly enough, this is also not a well-researched area.

Here is a brief quote from one of the few papers I was able to find on the topic.

“Carbon dioxide (CO2) rebreathing has been recognized as a concern regarding respirator use and is related to symptoms of discomfort, fatigue, dizziness, headache, muscular weakness and drowsiness.”

Well, that doesn’t sound too bad, does it – unless you are being operated on by a dizzy, weak, fatigued and drowsy surgeon.

But let’s dig a little deeper into the health consequences of prolonged exposure to CO2 at levels above what we would encounter breathing normally, with nothing covering our mouth and nose.

This US Department of Energy study is a bit more informative.

The following table summarizes the results of chronic CO2 exposure at low levels, but in excess of what would be inhaled under normal conditions. It is a reasonable assumption that these consequences are also incurred by women wearing Burqas, particularly since, as you will notice, the length of exposure in the various studies were only a matter of days or weeks of exposure, whereas women wear Burqas for large portions of the day throughout their lifetimes.

After giving us this table, that summarizes over a dozen research studies, the DOE goes on to explain the health consequences of CO2 exposure noted in the studies.

“Lung dead space volume is a volume of air where gas exchange does not occur. The larger the dead space, the less gas exchange, which can be important for those with pulmonary or cardiac problems. Patients with severe CO2 retention (PaCO2 >95 mmHg) are invariably acidotic and will be at greater risk for profound acidosis with elevated ambient CO2 concentrations because they cannot further compensate for elevations in PaCO2, except with limited increases in ventilation. In addition, although the CO2–induced increase in the dead space volume was reported to be reversible in healthy subjects, it is not known if this reversal also occurs in patients with pulmonary disease.”

“Slightly decreased bone formation and increased bone resorption in healthy young individuals may have no long-term consequences but may be detrimental to persons with bone disease, such as osteoporosis. Another potential problem is increased blood calcium, which is related to changes in the bone. In guinea pigs and rats, focal renal calcification has been observed with prolonged exposure to concentrations of CO2 ranging from 0.3 to 15% [42-48]. The authors characterized the kidney calcification as an adaptive disease. Studies of humans have not examined calcification in the kidney or other organs.”

Bottom line – neither science nor medicine has paid much attention to the health consequences of daily exposure of health care workers to even slightly increased level of CO2, much less to the life-threatening health issues experienced by millions of Muslim women forced to wear Burqas or be publicly flogged.

If Muslim women are being deprived of Vitamin D and are being chronically poisoned by CO2 as a direct result of how they are forced to dress by the male-dominated religious societies into which they are unfortunate enough to have been born, isn’t this as horrific a crime against humanity as female genital mutilation, another travesty imposed on women by these same male “religious” criminals?

Of course it is. The question is – when is the non-Muslim world going to recognize that an enormous criminal conspiracy, inspired by hatred and fear of women, exists in many if not all Muslim countries, and when are the Muslim leaders of these misogynistic gangs masquerading as religious organizations going to be indicted by the World Court for the genocide they are surely committing?

Stories Of The Discovery & Cultivation Of Coca

Is This Why Millions Of Smokers Die Preventable Deaths Every Year?