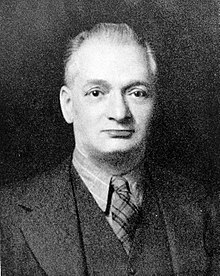 Victor Robinson wrote his witty, entertaining and thoughtful “Essay On Hasheesh” in 1912, just before the dawn of the age of Pig Pharma. These were times when the companies whose greed would ultimately dominate world medicine were still peddling miracle baldness & flatulence cures on street corners.

In this blog post I would like to share a small section of one of Robinson’s introductory chapters in which he summarizes the history of natural medicines in just a few amazing paragraphs. Up until the early 20th Century physicians and healers had depended exclusively on a global apothecary of natural medicines. In introducing the medical glories of Cannabis, Robinson creates an amazing summary of these generations of medical knowledge which sometimes, as in the case of mercury, was horribly wrong but which often, as in the case of Cannabis, has proven more valuable to mankind than many of the nightmarish chemical inventions of Pig Pharma.

Two rather famous quotes by book reviewers of the time show how impressed and worried they were by the depth and scope of Robinson’s research and his appealing writing style.

One editor commented that Robinson’s arguments in favor of Hasheesh were so powerful that “…if there is any caution to go with this monograph, it should be to keep it out of the hands of the neurotics.”

Another prohibitionist reviewer remarked dolefully “We hope that Victor Robinson’s delightful description will not unduly popularize the use of this drug.”

“Ailing man has ransacked the world to find balms to ease him of his pains. And this is only natural, for what doth it profit a man if he gain the whole world and lose his digestion? Let the tiniest nerve be but inflamed, and it will bend the proudest spirit: humble is a hero with a toothache! It is doubtful if Buddha himself could have maintained his equanimity with a bit of dust on his conjunctiva. Caesar had a fever and the eye that awed the world did lose its lustre, and the tongue that bade the Romans write his speeches in their books cried like a sick child.

Our flesh is heir to many ills, and alas when the heritage falls due. Even pride and prejudice are then forgotten, and Irishmen in need of purgatives are willing to use rhubarb grown on English soil, while the foreign Colombo Root gathered by the feral natives in untamed forests is consumed by ladies who never saw anything wilder than a Fabian Socialist.

The modern descendant of Hippocrates draws his Materia Medica from the uttermost ends of the earth: linseed from busy Holland and floretted marigold from the exotic Levant; cuckoo’s cap from little Helvetia, and pepper-elder from ample Brazil; biting cubebs from spicy Borneo and fringed lichens from raw-winded Iceland; sweet flag from 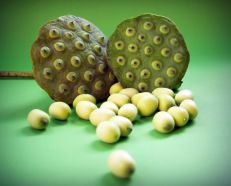 the ponds of Burmah, coto bark from the thickets of Bolivia, sleeping nightshade from the woods of Algeria, brownish rhatany from the sands of Peru, purple crocus from the pastures of Greece, aromatic vanilla from the groves of Mexico, golden seal from the retreats of Canada, knotty Aleppo from the plains of Kirghiz, fever-tree from the hills of Tasmania, white saunders from the mountains of Macassar.

Idols are broken boldly nowadays, but the daughter of Aesculapius does not fear, for Hygeia knows she will always have a frenzied world of worshippers to kneel at her every shrine in every land. All the reservoirs of nature have been tapped to yield medicines for man.

From the mineral kingdom we take the alkali metals, the nitrogen group, the compounds of oxygen, the healing waters, the halogens, the nitrate of silver, the sulphate of copper, the carbonate of sodium, the chloride of mercury, the hydroxide of potassium, the acetate of lead, the citrate of lithium, the oxide of calcium, and the similar salts of half a hundred elements from Aluminium to Zincum.

From the vegetable kingdom we extract the potent alkaloid; all things that blossom and bloom, we knead them as we list: the broad rhizome of iris, the wrinkled root of lappa, the inspissated juice of aloes, the flowerheads of anthemis, the outer rind of orange, the inner bark of cinnamon, the thin arillode of macis, the dense sclerotium of ergot, the ovoid kernel of nutmeg, the pitted seed of rapa, the pale spores of club-moss, the spongy pith of sassafras, the bitter wood of quassia, the smoothish bark of juglans, the unripe fruit of hemlock, the fleshy bulb of scilla, the brittle leaves of senna, the velvet thallus of agaric, the balsamic resin of benzoin, the scaly strobiles of hops, the styles and stigmas of zea. 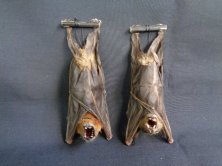 The animal kingdom has likewise been forced to bring tribute to its highest brother: we use in medicine the blood-sucking leech, the natural emulsion from the mammary glands of the cow, the internal fat from the abdomen of the hog, the coppery-green Spanish fly, the globular excrements of the leaping antelope, the fixed oil from the livers of the cod, the fresh bile of the stolid ox, the vitellus of the hen’s egg, the fatty substance from the huge head of the sperm-whale, the odorous secretion of the musk-deer, the swimming-bladder of regal fish, the inner layer of the oyster-shell, the branched skeleton of the red polyp, the dried follicles of the boring beaver, the bony horns of the crimson deer, the thyroid glands of the simple sheep, the coagulated serum from the blood of the horse, the wax and the honey from the hive of the busy bee, and even the disgusting cockroaches that infest the kitchen-shelves and climb all over the washtubs are used as a diuretic and for dropsy.

Little it matters by whom the healing agent was ushered in, for mankind in its frantic search for health asks not the creed or color of its medical savior: Pipsissewa was introduced into medicine by the redskins, buchu by the hottentots, quassia by a negro slave, zinc valerianate by a French prince, krameria by a Spanish refugee, ipecac by the Brazilian aboriginecs, guaiac by a syphilitic warrior, aspidium by a Swiss widow.

“Medicine,” wrote the greatest of literary physicians, “appropriates everything from every source that can be of the slightest use to anybody who is ailing in any way, or likely to be ailing from any cause. It learned from a monk how to use antimony, from a Jesuit how to cure agues, from a friar how to cut for stone, from a soldier how to treat gout, from a sailor how to keep off scurvy, from a postmaster how to sound the Eustachian tube, from a dairy-maid how to prevent small-pox, and from an old market woman how to catch the itch-insect. It borrowed acupuncture and the moxa from the Japanese heathen, and was taught the use of lobelia by the American savage.” 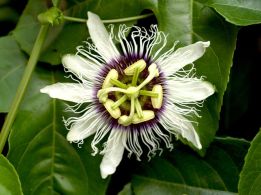 And all these finished preparations have a most laudable object in view – the eradication of disease and the alleviation of pain. Ah, this is indeed a quest worth the striving for! To accomplish the quadrature of the circle, or ferret out the secret of perpetual motion, may be highly interesting, the of problematical value only; but when a clammy sweat bathes the brow, and the delicate nerves twitch till the tortured human frame shakes in anguish, how important is it to be able to lift the veil from a condition like this! He who conquers disease is greater than the builder of cities or the creator of empires. His value is above the poets, statesmen cannot be compared unto him, educators equal him not in worth.

A careful economist like John Stuart Mill tells us it is doubtful if all the labor-saving machinery ever invented has lessened for a single day the work of a single human being, but when a discovery is made in medicine it becomes a sun which sheds its beneficence on all who suffer. The sick pauper of today lying in a charity hospital receives better medical treatment than the sick potentate of yesterday lying in his costly palace. But so far medical science has only unhorsed, not overthrown pain, its ancient antagonist. In spite of all the remedies, in spite of all the research, mankind as yet possesses no satisfactory antidote for suffering; it knows no drug which can give pain its conge for more than a transient period. 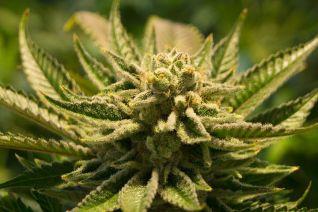 But altho the time of relief be limited, the simple fact that there are substances which do have some power over pain is sufficient to make the study of narcotism highly important. And of all the narcotics – a narcotic being roughly defined as a substance which relieves pain and produces excitability followed by sleep – none is more alluring to the imagination than the intoxicating hemp-plant, scientifically known as Cannabis sativa and popularly famed as Hasheesh – those strange flowering-tops that appeal to a pot-bellied bushman of Australia who smokes it in a pipe of animal tusks, and to so hyper-esoteric a litterateur as Charles Baudelaire of the Celestial City of Art.”

If you liked reading this excerpt you’ll find the whole book is just as much fun. Here’s a link to a good quality, inexpensive hardcopy reprint of the original from Amazon/CreateSpace.