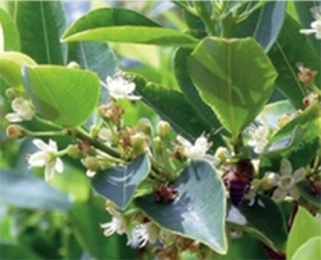 Coca Tea – all benefit, no risk. Also no FDA approval.

Well, here we go again. The “New England Journal of Medicine” has just published a new study that shows – prepare to be amazed – that with an amazing new drug called Canakinumab you can reduce the risk of heart attacks by reducing inflammatory processes in the heart. Will wonders never cease? Apparently not, because this article announces a new drug that was tested using the most rigorous scientific methodology (double-blind placebo-controlled) and has been proven to reduce the occurrence of second heart attacks in the cohort receiving the drug and not the placebo by 15%.

Of course the drug Canakinumab is horrendously expensive and oh, by the way, 12% of the people who took it suffered complications having nothing to do with heart attack or stroke, many of them life-threatening infections like Sepsis, but at least they were lowering their risk of having a second heart attack. Damn near miraculous – unless you do the math and discover that the drug decreases your risk of a heart attack by 15% but taking it means that you have an approximately 12% chance of developing Sepsis, or worse.

So basically this new miracle treatment offers you a choice of how you would prefer to die – heart attack or infection. Hmmmm. Choices. Choices. What to do?

Readers of this blog will have already seen my numerous posts on the role of pure, natural Coca Leaf Tea in reducing whole body inflammation. If you don’t recall that info, just use the “search” window in the right-hand column to search for “inflammation” and “inflammatory”. What you’ll find is that there are reams of good, solid evidence from the 1800’s that a cup or two of Coca Leaf Tea per day will do wonders for almost any illness or disease where inflammation is a factor including, without any doubt, inflammatory heart disease. And that relief comes with ZERO negative side-effects, but with some extra fine positive side-effects like anxiety-reduction, appetite control, better sleep, higher energy levels, and a more efficient metabolism.

Of course, the problem is that the FDA is falling all over itself to approve Canakinumab but, especially under the watchful beady little eyes of rat-face Jeff Sessions, will never allow Americans to use whole, pure, natural Coca Leaf Tea. But hey – where’s the profit for Pig Pharma company Novartis in a (non-patentable) cup of tea? God bless the American way. Ain’t it great – again?